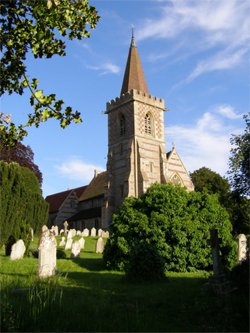 The large village of Twyford to the west of Reading on the A4 to Maidenhead is on the mainline train service to London Paddington and a few miles for J10 of the M4.

Twyford is considered to be a small town rather than village with its housing estates to both the north and south. With its regular train service to London Paddington being on the main Great Western Main Line it has a large commuter population. The town has a variety of shops and restaurants with Waitrose supermarket bringing shoppers from the villages in the surrounding area such as Wargrave, Waltham St Lawrence, Shurlock Row, Hurst and Winnersh.