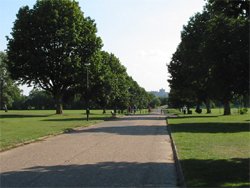 Slough with its rich mix of cultures is situated at the eastern edge of Berkshire on the M4 corridor within a 10 minutes drive of the M25 and approximately 5 miles to the M40.  Traffic permitting, London Heathrow Airport is 10 minutes by road and Gatwick Airport about 45 minutes.  The Great Western Railway network into London Paddington takes about 20 minutes.

Slough with its many trading estates is a thriving town although originally it was a coaching stop on the main travelling route between London and Bath.  However, with the coming of the Great Western Railway in the 1800’s and its proximity to London and Windsor, Slough became a popular place to live which still remains the case today.  The town also benefits from being on the M4 London to the West Country and within easy reach of London Heathrow Airport.

Langley is a village situated in the east of the Borough of Slough although originally known as ‘Langley Marsh’.  The old Langley Hall is now part of the East Berkshire College offering further education for over 800 students. Langley has become a desirable place for families with its primary, comprehensive and grammar schools.  It also has the Langley Business Park and Centre.

Cippenham, located just off Junction 7 of the M4, is a suburb of Slough with an ancient village green.  The village had a number of large notable houses such as Western House, Cippenham Court and Cippenham Lodge which is now a private residence.  Windsor Meadows and Cedar Parks are recent residential developments and the area is well served with primary schools and local shops.

Upton was once a village before it became part of Slough and has a mix of properties.  Upton Park was recorded as being one of the first planned housing estates as early as the 1840’s.

built in the 1960’s on the old Victorian Wexley Park Mansion.

Chalvey situated at Junction 6 of the M4 just off the A355 into the centre of Slough.